Menu
Close
You are here: North Down Cricket Club > Stories > The Green 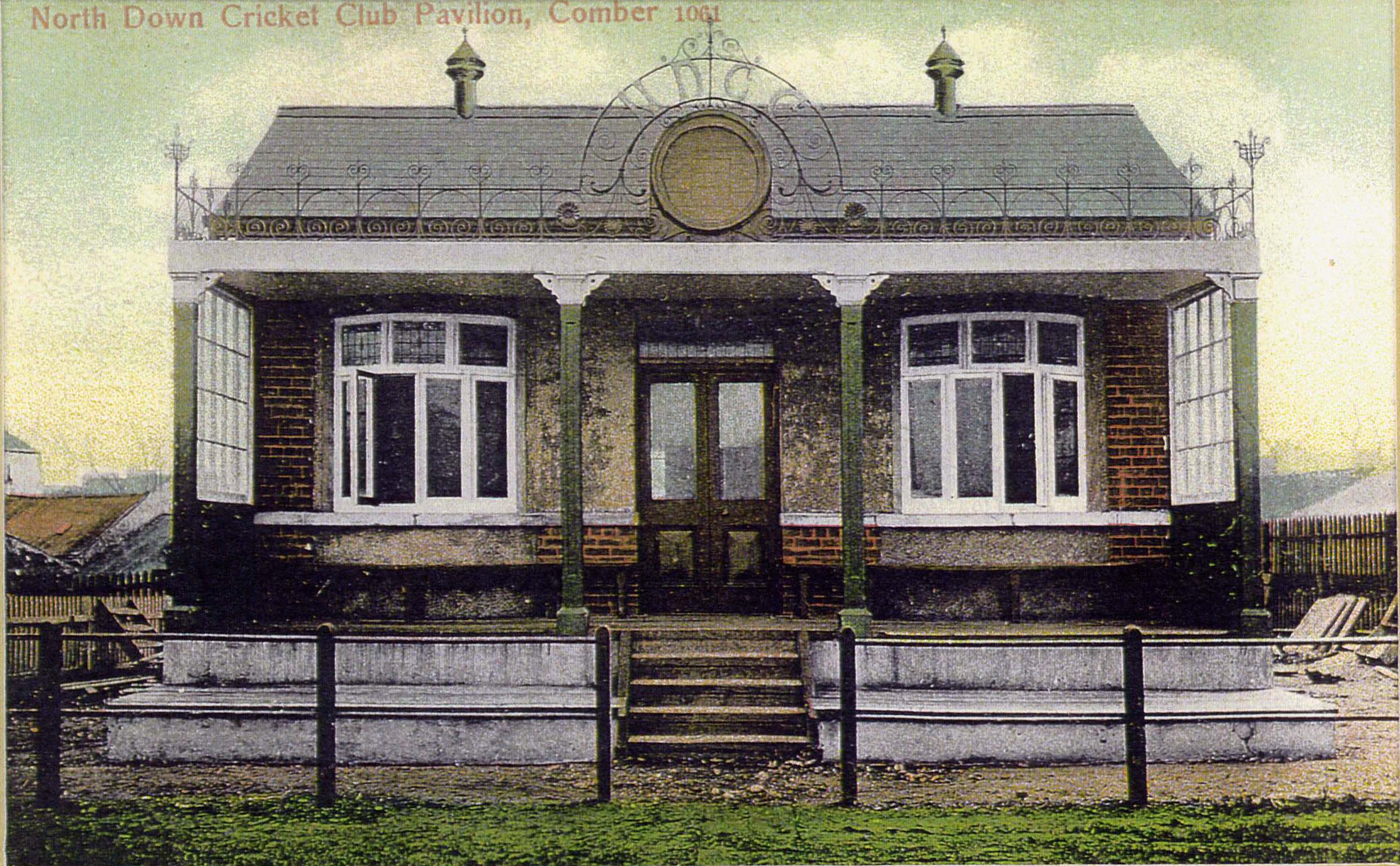 We are blessed with one of the best grounds in the country and, rather than take it for granted from year to year, we may ask, perhaps, where did all this start, who and how has it been maintained and what’s in store for the future.We know from historical documents that Thomas James Andrews’ ground was used as a bleaching green related to flax production and processing and that thieves were most interested in the content spread out on the ground and were from time to time apprehended after being pursued through the town! The use of the ground for this drying was made unnecessary with the closure of the process around 1873 and we are told that the ground was seriously furrowed.

The opportunity to move the club’s premises from The Lines behind the current Super Value store was clear and we are told that a lot of work was done to flatten the surface. Legend has it that the excellent drainage was due to a cinder base, presumably established with the Bleaching Green.In 1874 play began at The Green, a very different landscape than the one we have today.

The original wooden pavilion overlooked a much smaller playing surface than today. It remained that way until the new 1909 brick built pavilion. By then the care and preparation was carried out by members with a strong input from the professionals who had been with us from 1884 and whose duties were specific.

Later, they were aided by the inclusion of ‘the boy’ who often, in eagerness to get the job, would make himself available at the train station when the pro arrived, and, if appointed, would assist him with the ground duties.

Hockey was played on the ground from 1896 until all weather pitches became popular and it was generally recognised as one of the best grass hockey pitches in the country and rumoured that part of it was relaid each year as the cricket season approached!

The Green held a fete on 10th August 1901, a major athletics and cycling event, drawing competitors from Ireland and the UK and even though the weather was foul, it was a great success, bringing in much needed revenue to clear the club’s debts. It came at a price, as the date coincided with the Cup Final and North of Ireland picked up the prize by default.

Early grass cutting must surely have been a problem and great improvements came about with the grass-cutting device pulled by the horse and guided by the groundsman’s specialist assistant; a far cry from the expensive ‘stripe cutting’  machinery of today.

Equipment has always been scant, often unsuitable, out of date and difficult to maintain and with lack of funds the early groundstaff were always fighting a difficult battle.

In 1957 a radical extension of the Pavilion gave us the basic structure we have today although work by Jim Barry, Willie Dempster, John Copeland and others added a kitchen extension and Stanley Glover added the finishing touches.

The top ground was initially a wasteland becoming a grazing area for the club horse, later to become the evening football pitch for the youth of the town.

Where the idea was born we don’t know, but the groundsman and 1st XI cricketer Willie Dempster guided the project to level the ground and create another pitch. What a foresight and bonus that became as the club moved from 2 elevens to 4 elevens and youth added new age groups.

The ground is a major topic at every Executive meeting and from time to time there have been conflicting views as to how to proceed. An additional couple of wickets? More clay less loam? Higher fencing? Removal of conifers? One such topic in the 70s/80s became known as ‘The Battle of the Worms’ when one school of thought supported the idea that worms do part of the groundsman’s job providing aeration and nutrient and in opposition that worms and their worm casts made it impossible to provide a flat uncontaminated surface. The anti worm corner won the day. It arguably hasn’t been a spinner’s wicket since!!

We had a groundsman who hailed from the Armagh area in the 60s, a swarthy gentleman who slept in the pavilion and whose cache of stout bottles was preserved in one of the old wooden lockers. Even Big Willie was unaware of his activities, unlike his reaction to Riddington, the pro in 1937 who was deemed the laziest ever.

But he was made aware of boys playing cards on the premises on a Sunday and the outcome was zero tolerance!

Big John McIntyre, who arrived for duty on his motor bike was for a time groundsman at Windsor Park and Castlereagh Park and spent a short time at The Green.

Some of the men who worked tirelessly on the ground over the years for little or no reward were Jimmy Carnduff, Jim Barry, Willie Dempster, Walter Wishart, Sammy Haire, Raymond Moreland and Colin McCaughey. The latest and most professional, Paul Revill, brought an additional expertise and knowledge of modern equipment as only a highly thought of Greenkeeper could. He has been fully supported by  a committee keen to promote The Green as the top ground in the Union.

Many others have played supporting roles and assisted especially with end of season work or when major games were imminent.

It is now the home of the Senior Challenge Cup Final and Interprovincial Northern Knights matches and the venue for games that have fallen foul of the weather involving other clubs.

We are rightly proud of The Green and the dedication of those who have contributed over the years.