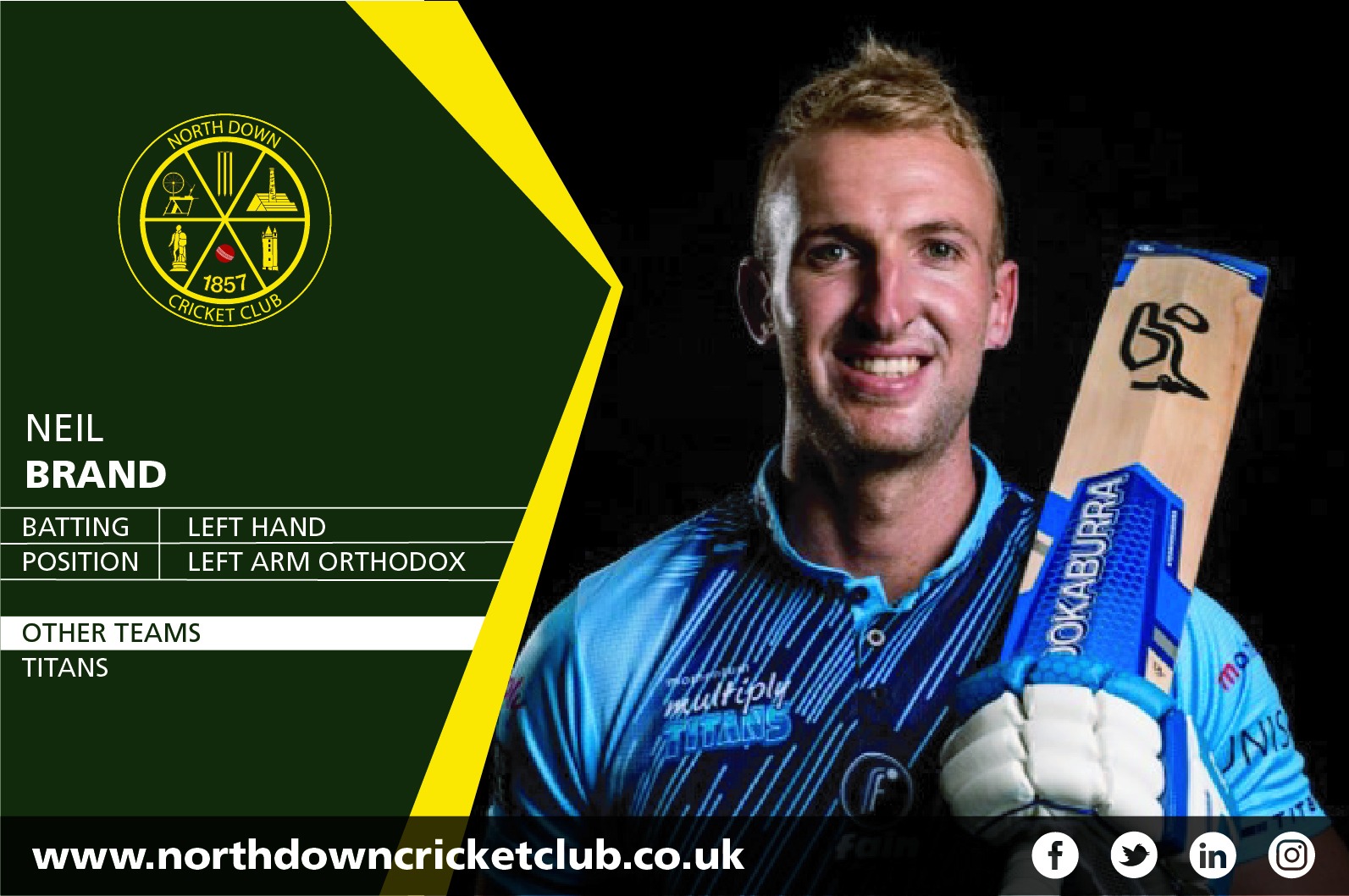 The club are delighted to announce the signing of South African all-rounder Neil Brand as our overseas player for the 2022 season.

25 year-old Neil was born in Johannesburg but went to high school at King’s College in Taunton and played for the Somerset and Glamorgan 2nd XIs, before returning home to South Africa to star for the University of Pretoria. He was the leading run-scorer, man of the match in the final and player of the tournament as he led Tuks to the Varsity Cup title, repeating the exact same achievements when they won the National Club Championships. Player of the tournament in the SA Universities Week was another accolade picked up.

Since 2018 he has played for the Titans franchise and boasts a first class batting average of 39, and has captured 41 wickets with his slow left arm bowling.

We look forward to welcoming Neil and his partner to The Green in April next year and hope for a productive season both on and off the field.

The club AGM will take place in the clubhouse on Tuesday 2nd November at 7.30pm.

Carl Robinson will not be returning to the club next season - we would like to thank him for his 5 years service and wish him good luck for the future.