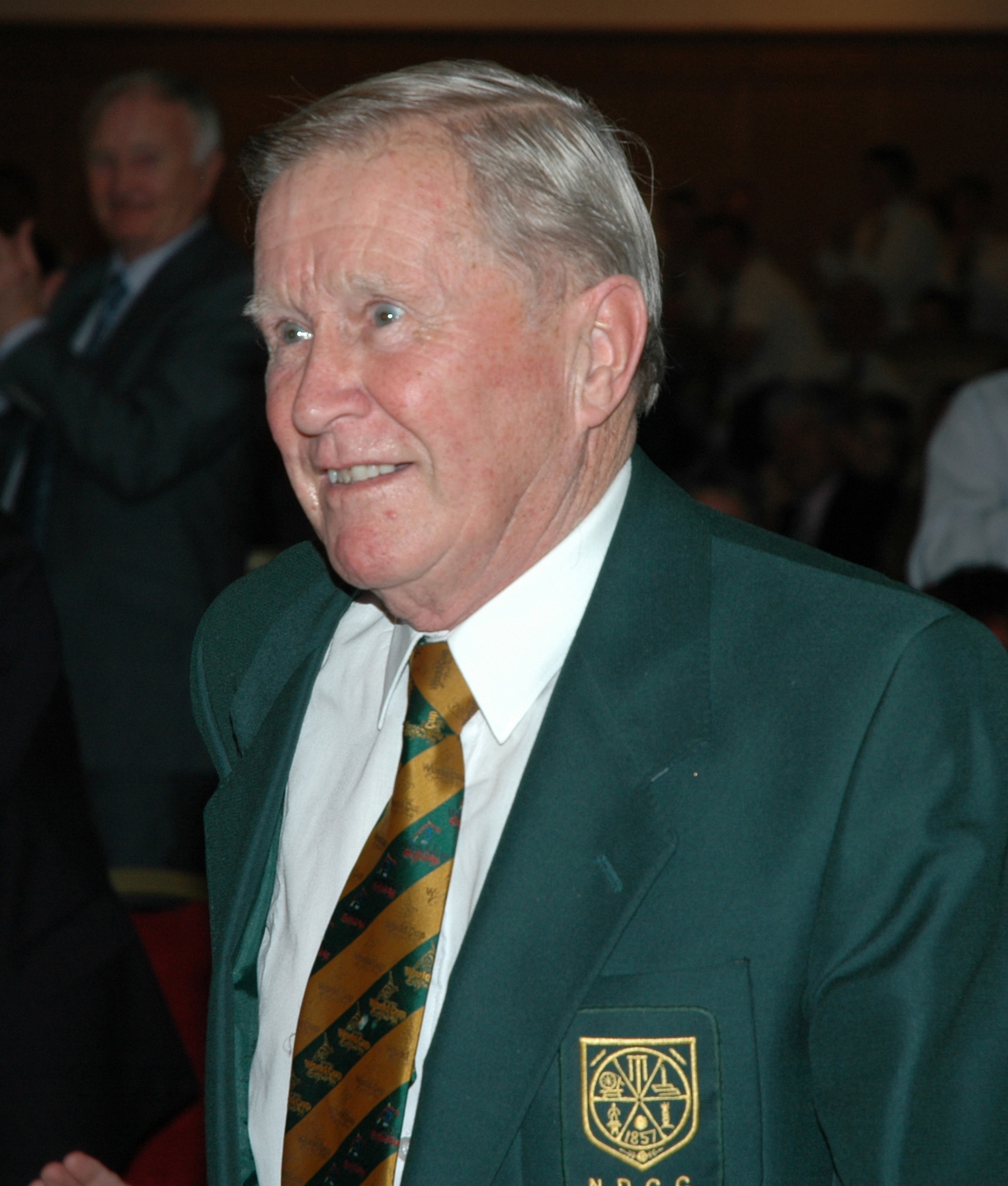 The name of Walter Wishart first appeared in North Down scorebooks as long ago as the mid-Forties and was still around in the mid-Eighties. Rarely was it seen outside the 1st XI until he stepped down voluntarily in 1979 to captain the 2nd XI. It speaks volumes for both the ability and the loyalty of a player who has given a lifetime to our club and won the respect of visiting teams for almost 40 years. In the Forties, Fifties and early Sixties the fortunes of North Down were at a low ebb. Playing strengths were far removed from the halcyon pre-war days and the facilities were far removed from those of today. Players like Raymond Crosby, Willie Dempster, Bobby Todd and Walter Wishart emerged to carry the club through this difficult period, and much is owed to them. It was one of Walter’s hallmarks that he was up for any challenge, fortified by a seemingly endless stamina. He was one of those athletes who was naturally fit and he became a mainstay in both hockey and cricket post-war teams at The Green. Walter performed long and arduous bowling heroics that became characteristic of his playing career. He was the most economic of bowlers both in terms of runs conceded and the energy he exerted. Like a true thoroughbred he was tailor-made to stay the distance, so it was a bitter blow in 1953 when he departed to Kenya and later to Uganda to work at the construction of diesel powered stations at the massive Owen Falls Dam. Thankfully, he returned in 1956.
In his early career Walter was an opening batsman, but he later developed into a bowler of even greater ability. He always made the best use of a helpful wicket but perhaps his biggest asset was his ability to set a field that he could bowl to. He had few equals when it came to the placement of his fielders, as the Milford batsmen could testify on one very special occasion when Walter took seven wickets for only nine runs.
Although quiet and unassuming, Walter was far from casual. He was a fierce competitor on the field, and he gave no quarter nor expected any. He hid his feelings well but when the situation demanded he wasn’t afraid to air his views. He did a good job when captain of the 2nd XI and skilfully managed the capabilities of a young side. He was over 50 when he made his last appearance against Waringstown II and the North Down victory was a fitting tribute from his fellow players. His ‘retirement’ at the end of the 1980 season was recognized at the Club’s Annual Dinner when Ian Shields delivered a glowing tribute and Jack Newel, the president of the NCU, made a presentation on behalf of the Club. It should have marked a well-earned finale to a long playing career, but Walter was always a sucker for another game and over the next few years he was occasionally throwing over the arm for the 1st XI. On 9th September, 1984 against Lisburn he took his last senior wicket, a catch from Graham Benson sending the great Dermott Monteith back to the pavilion. It was a treasured wicket to remove the Ireland captain and a poignant moment for Dermott who was injured in an accident that winter and never played senior cricket again. Walter had finally gone out on a high after an amazing 40 years playing senior cricket.
But, as so often happens when one door closes another door opens, and while Walter Wishart could have been excused for stepping into the background this was not the case.
Walter then launched himself into a second North Down ‘career’ and over the next 20 years he donned many roles including groundsman, bar convener, and club president.
In 2007, by his own admission, the legs have all but seized, but given the passage of time they have carried this doughty little fighter through adversity. 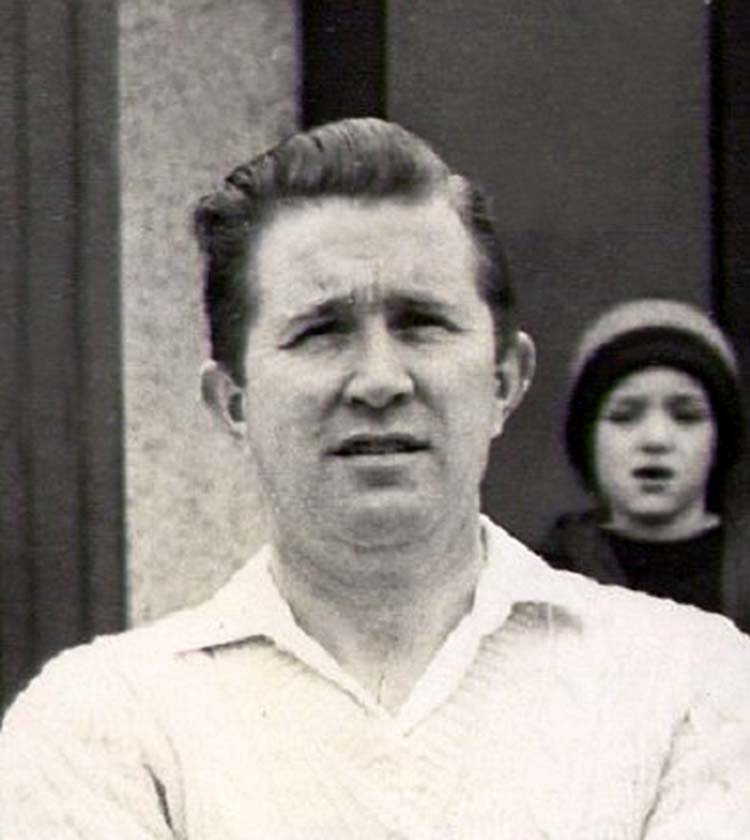 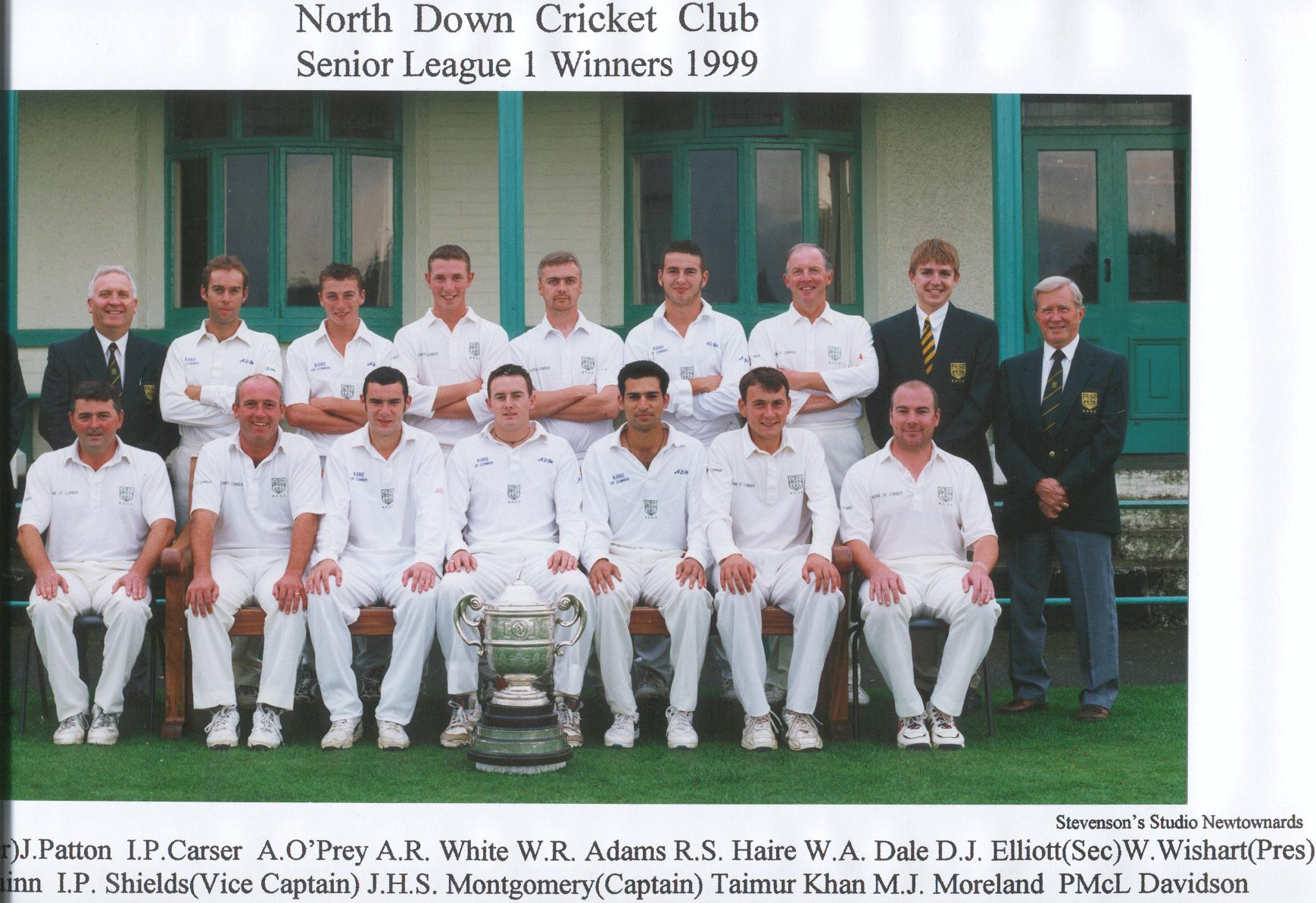 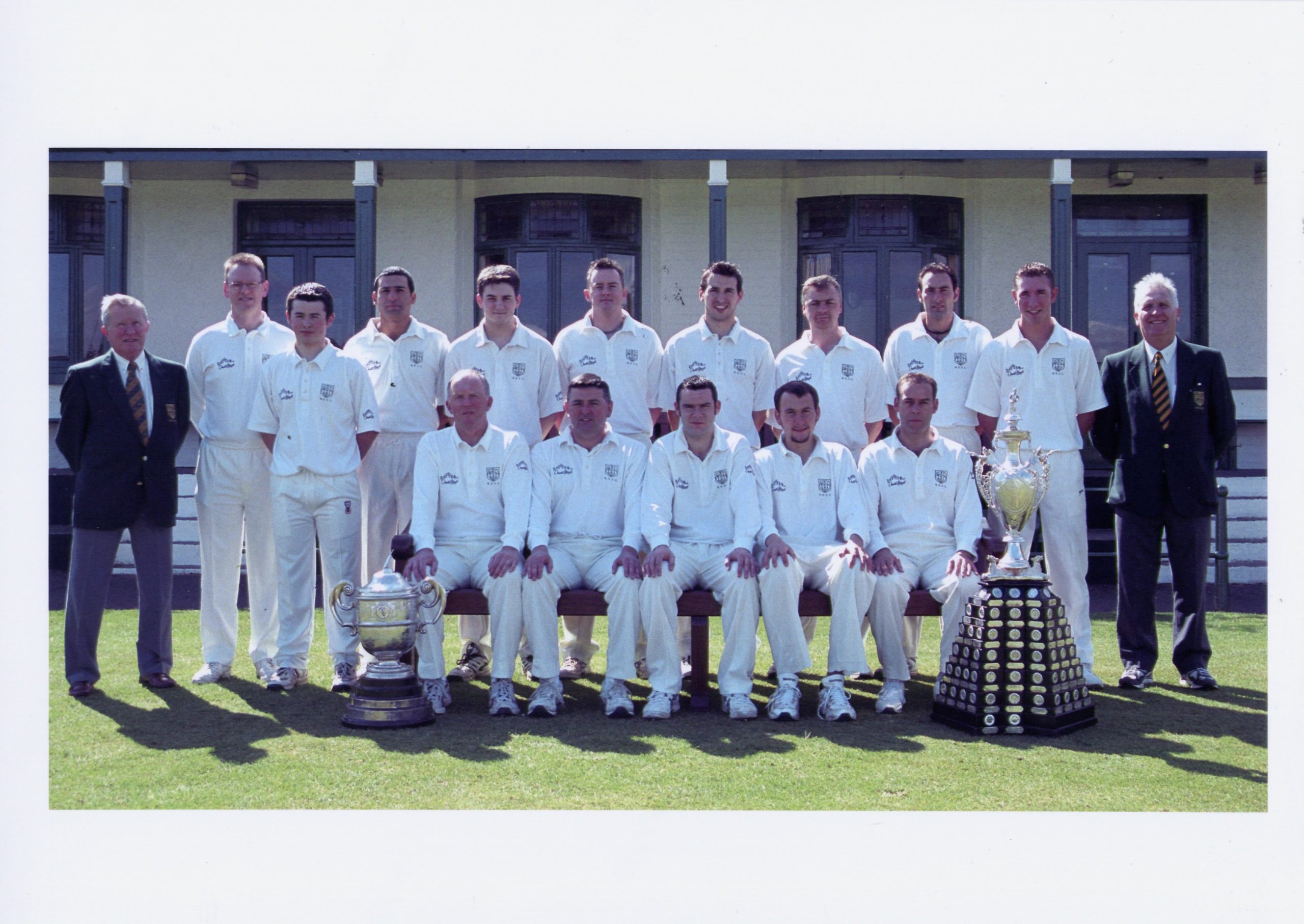 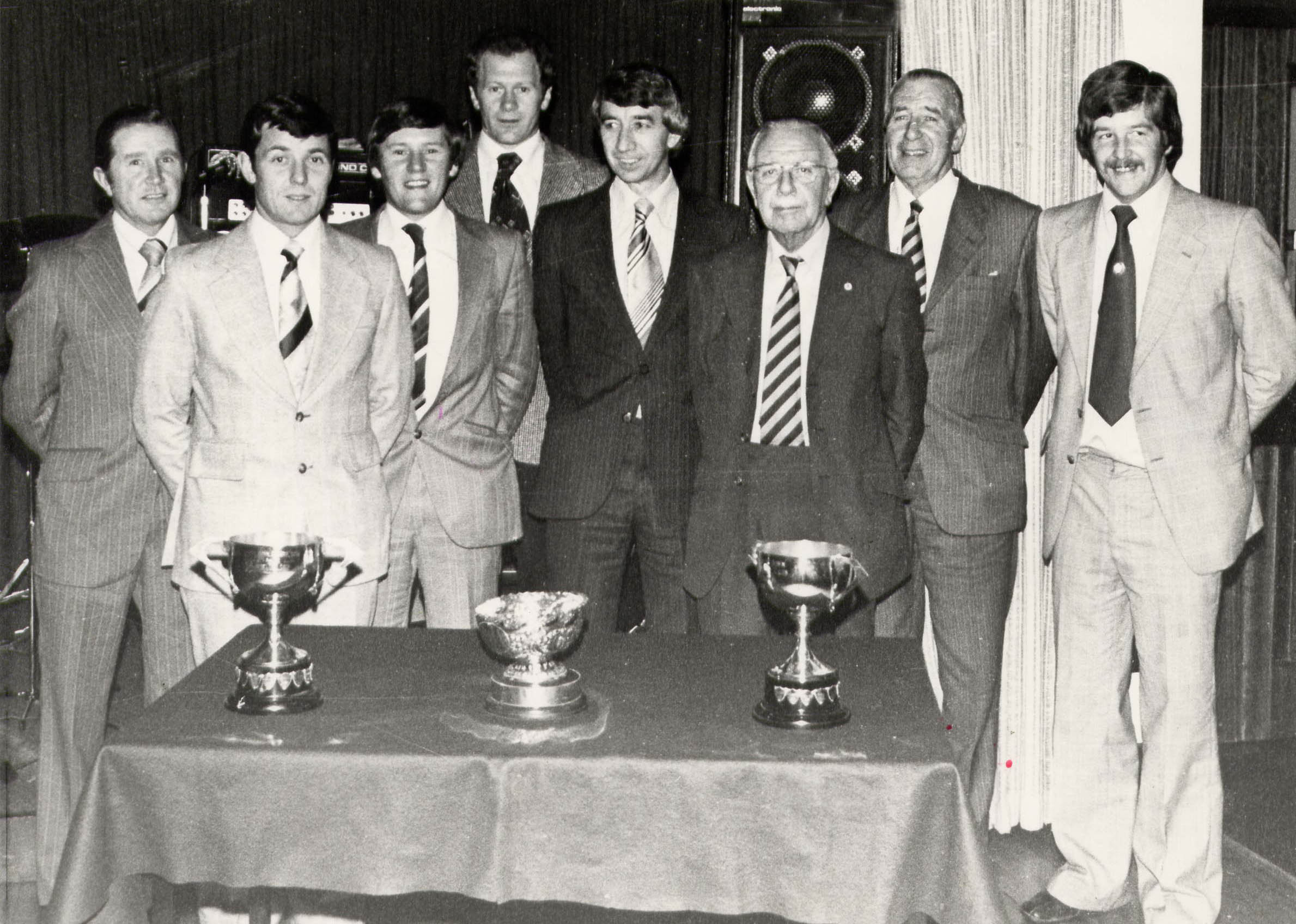 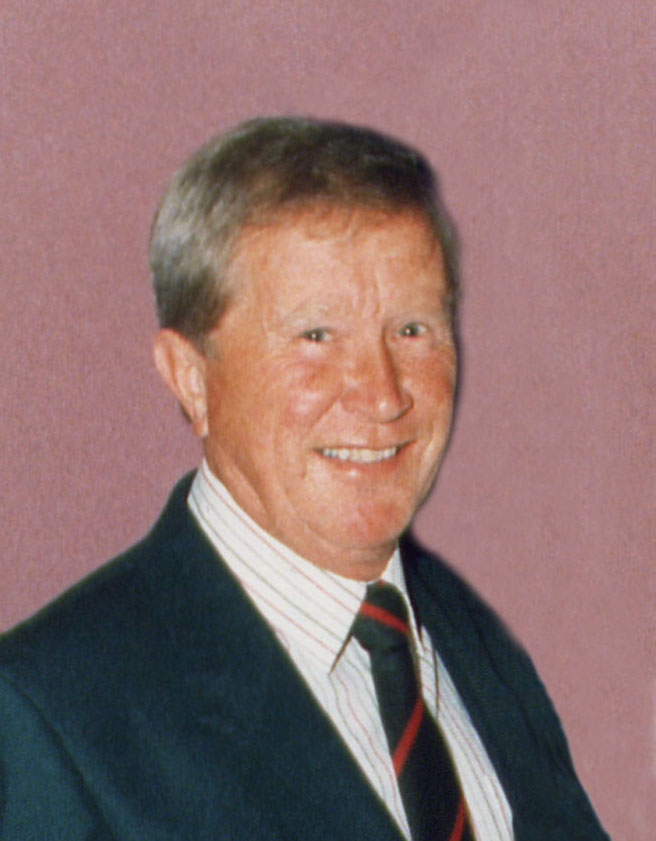 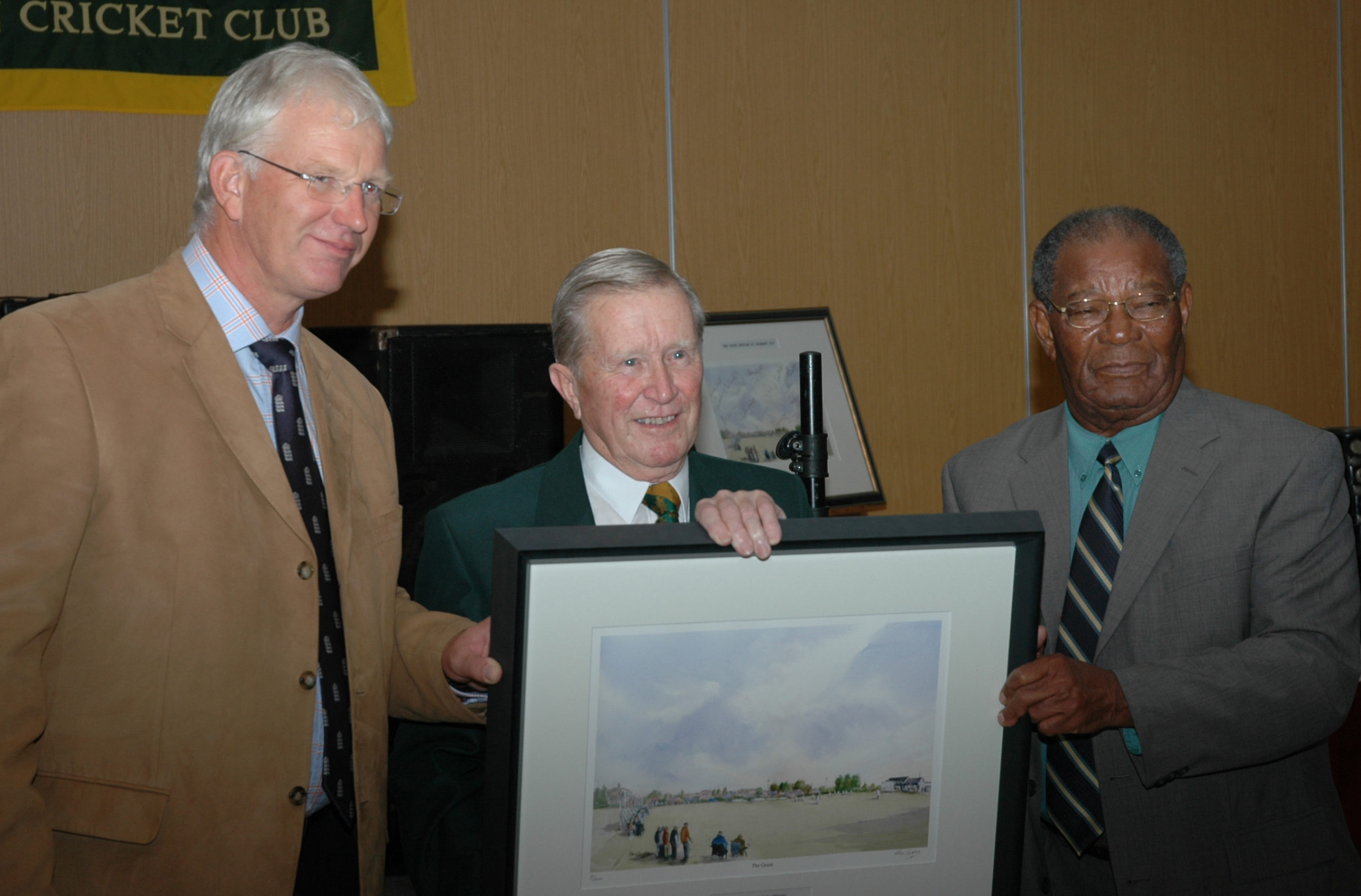 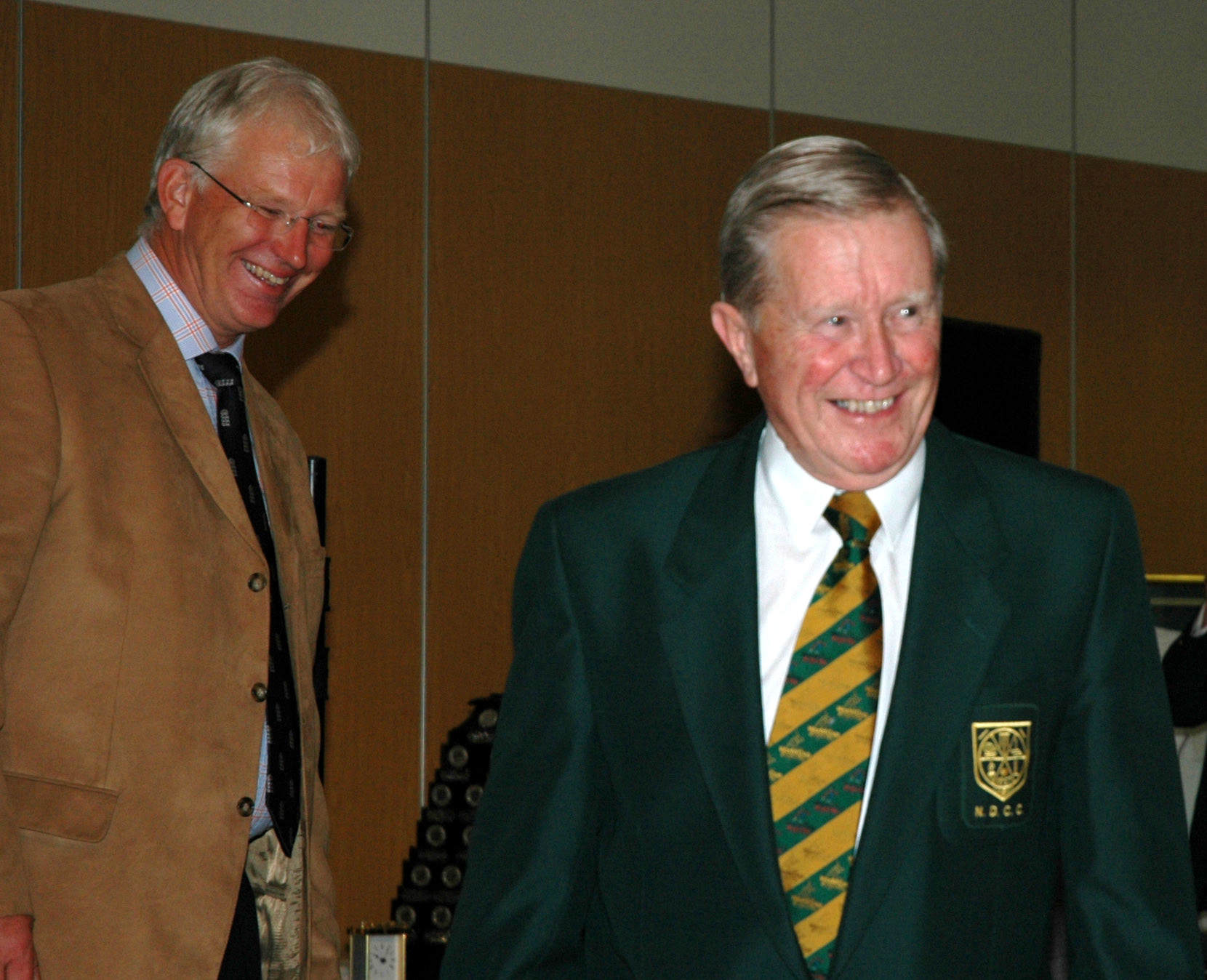 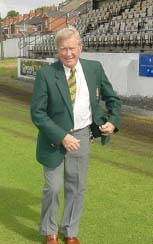 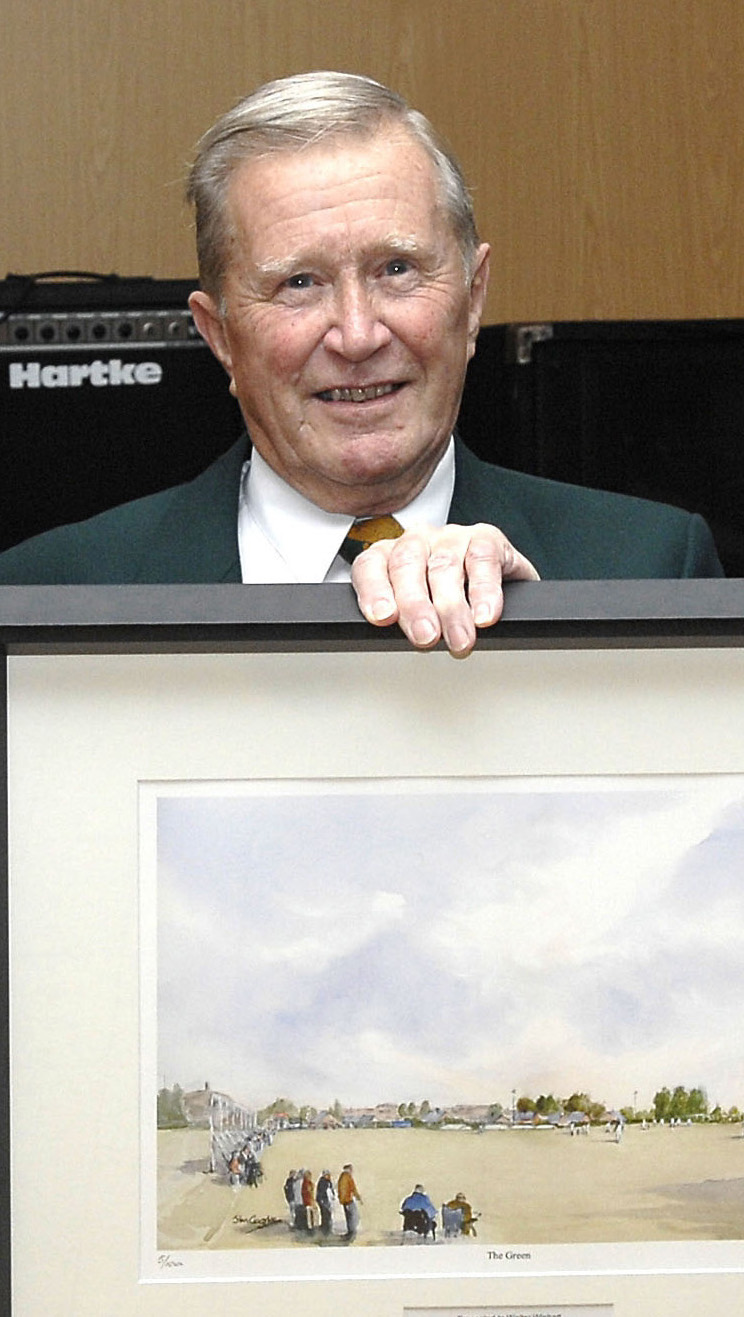