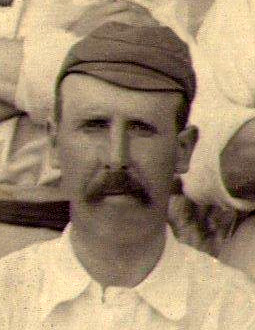 Tommy Graham was a remarkable man. He was North Down Cricket Club secretary from 1875 to 1898 and one of the team’s finest all rounders in an era when they dominated Ulster cricket. He was a top class player and regularly opened the batting and bowling for the 1st XI. Above all he was a lovely person with a genial personality that endeared him far beyond his cricket interests. And those interests were just as varied as the range of shots he played because WT ‘Tommy’ Graham was one of the finest administrators in the history of Irish sport and played prominent roles in the early development of organized cricket and hockey.

Tommy was a Comber man born and bred who remained a bachelor all his life. This probably explains why he had the time to take on so many roles because throughout his life he was a busy man. He loved sport and was particularly good at cricket, hockey and rugby. He trained and qualified as an accountant and for many years ran a successful practice in Belfast before joining Harland and Wolff. He was a staunch member of both the Orange and the Masonic Orders and he was a popular member of the congregation at First Comber Presbyterian Church.

One of the biggest landmarks in Tommy’s life was his retirement as club secretary although it didn’t curtail his playing involvement nor hinder the many other responsibilities he either held or was about to undertake. Quite simply Tommy had discovered there were only 24 hours in a day and seven days in a week!

To mark the ‘retirement’ the club presented their esteemed secretary with a magnificent photo album of all the playing members of the club, a beautiful archive that remains one of North Down’s most treasured antiques thanks to its custodian Ralph Smyth. In making the presentation, club captain John Andrews Jnr. was fulsome in his praise of his popular colleague:

“For more than 20 years you have acted as honorary secretary to our club, and you have been ungrudging and unsparing in the sacrifice in time and means in furthering its welfare. The high position that it holds at present is largely due to your unwearying exertions on its behalf. By your care and attention the membership of the club has increased, the grounds have been improved, and the players have been better trained, until at present it holds the premier position among the cricket clubs in Ulster.”

He was also a prominent hockey umpire who officiated at interprovincial and international matches. By any standards this is an amazing sporting CV and a measure of the man’s commitment and popularity throughout Ireland.

But cricket was Tommy Graham’s first love and throughout his long playing career he was a prolific performer with bat and ball. He was a steady opening bat for a long time but, in later years, moved down the order to facilitate the younger players coming into the team. Tommy was always a team player, but just as popular with opponents who found his wily off spin extremely difficult to read. In tandem with the legendary Willie Turner they were a formidable attack and in later years he was just as damaging alongside the younger Oscar Andrews. Tommy is credited with nine Senior Challenge Cup wins from 1887 to 1909 and figured in two infamous cup finals that never took place. He was a member of the North Down team that was awarded the 1890 cup win when Armagh refused to play on the date proscribed by the NCU and a member of the North Down team that suffered the same ignominious default in 1901 when they displayed similar intransigence. Both stances would have pained this great administrator, but he set the 1901 disappointment behind him and played in five more finals before easing out of the team in the pre war years.

Amongst Tommy’s long list of outstanding personal milestones are match figures of 11 for 57 in the 1898 cup final win over Ulster and his 6 for 21 against Ballymoney in 1892. He scored a number of centuries including 116 against Carrickfergus in 1889, another 100 in a record stand with his captain John Andrews Jnr. in the 1891 match against Whiterock and 106 against Ulster in the 1897 cup semi-final. He played a number of times for Ulster, including the inaugural interprovincials in Dublin in 1890 and the famous historical match County Down versus County Antrim in 1885 that is accepted as the first NCU representative game. He also played in the first match of the NCU Senior League in 1896 when North Down played Lisburn and marked the occasion with a superb eight for 17 bowling performance.

In the history of Irish sport there are very few individuals who performed at the highest level on and off the pitch to match Tommy Graham. He was a remarkable man, one of North Down’s true all time greats. 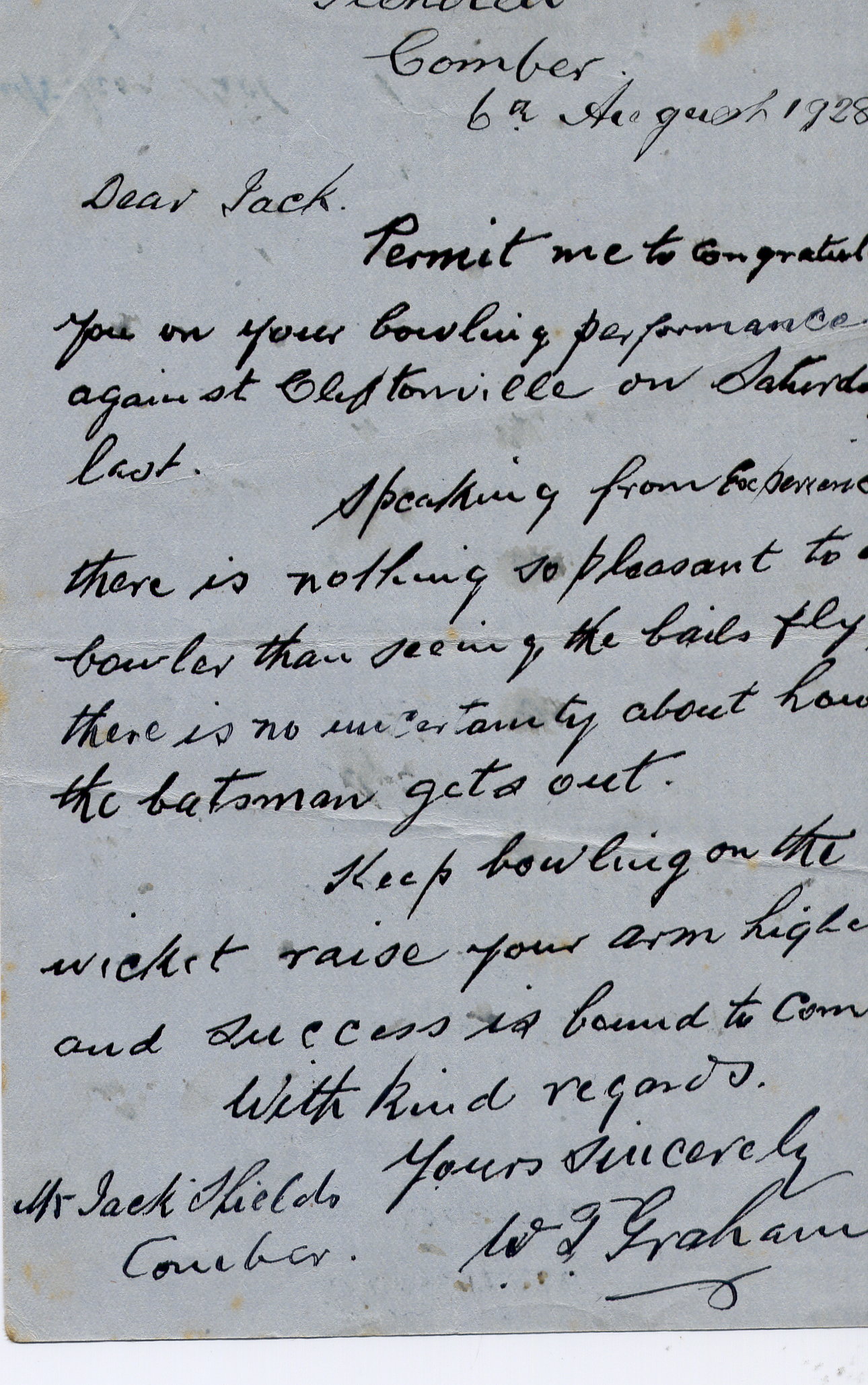