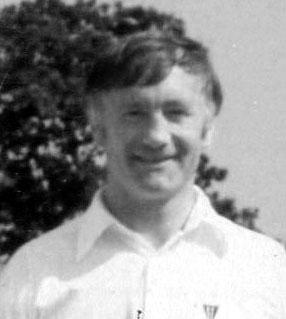 After his marriage to Maureen in 1971, Lawrence Hunter moved to live in Comber and joined North Down from Lisburn. He was to make a huge impact at the club during the Seventies. At the time, the big strapping pace bowler had already established a reputation as one of the best bowlers in the country and was also a rugby international. In many ways he followed in the footsteps of his older brother Raymond who had made the same short journey from Dunmurry to Wallace Park and became an instant hit. Big Ray went on to win both cricket and rugby international honours and Lawrence came painfully close. Many cricket followers deemed him very unlucky not to have won a place in the Ireland cricket team, having been the bowling reserve on several occasions. It would have been a fitting reward as Lawrence was an exceptional sportsman and if rugby was his first love then cricket came a very close second. He was the mainstay of the Ulster Country and Ulster Town interprovincial teams for almost a decade and a prolific wicket-taker who conceded few runs. He was tailor-made for the limited overs game and in tandem with the aggressive wicket-keeping of Denis Artt, they were a fearsome combination.

Lawrence played in four Challenge Cup and one Junior Cup finals, but lost on each occasion! However, his eight for 76 in the 1966 final against Downpatrick is one of the all-time great cup bowling records and if senior cup success eluded him, then he had the satisfaction of being a senior league winner on several occasions in Lisburn's fine team of the Sixties. His last cup final appearance was against Waringstown for North Down in the 1975 final and although by that time some of the speed had disappeared from his game, he tactfully sacrificed it for accuracy. There were few better bowlers around for line and length, and when swing bowling and Artt were added to his armoury then big Lawrence was a formidable bowler against any opposition. In the days when there were no limitations on the number of overs a bowler could bowl, he could effectively tie up one end, and in 1980 when North Down recruited Michael Reith from Waringstown, it appeared that they had the 'dream' attack for limited overs cricket. Alas it was not to be, and although Lawrence took a full part in the secret negotiations with Reith, he was struck down with illness at the start of the season and they never had the opportunity to bowl together at North Down. Unfortunately Lawrence never played again and it was a travesty for such a fine athlete to end his sporting career on such a negative.

Lawrence Hunter was the epitome of sportsmanship in both his favourite sporting codes. He was an inspirational captain, 100% committed to the cause and as gracious in defeat as in victory. He played a full part in North Down's development on and off the field during the Seventies and served the club well as both captain and committee member. He was a role model to the younger players and if his North Down career was short on quantity it was blessed with quality. That's the legacy he left at The Green. 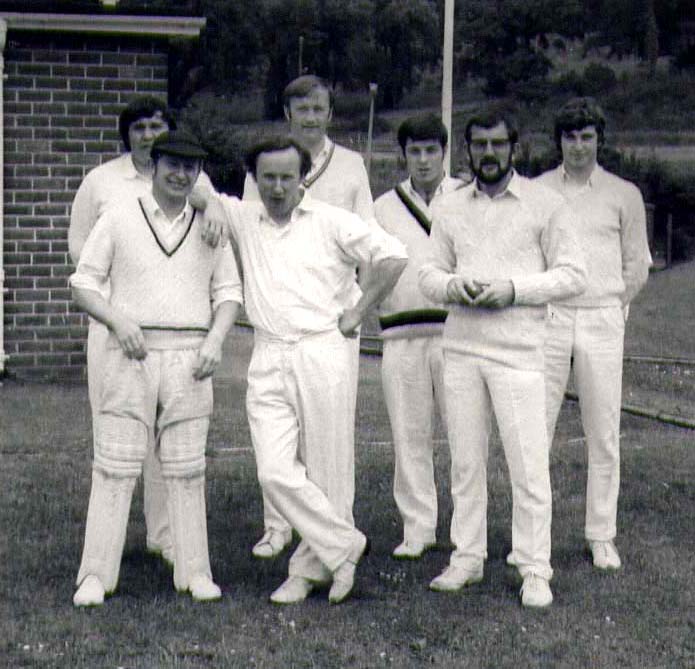 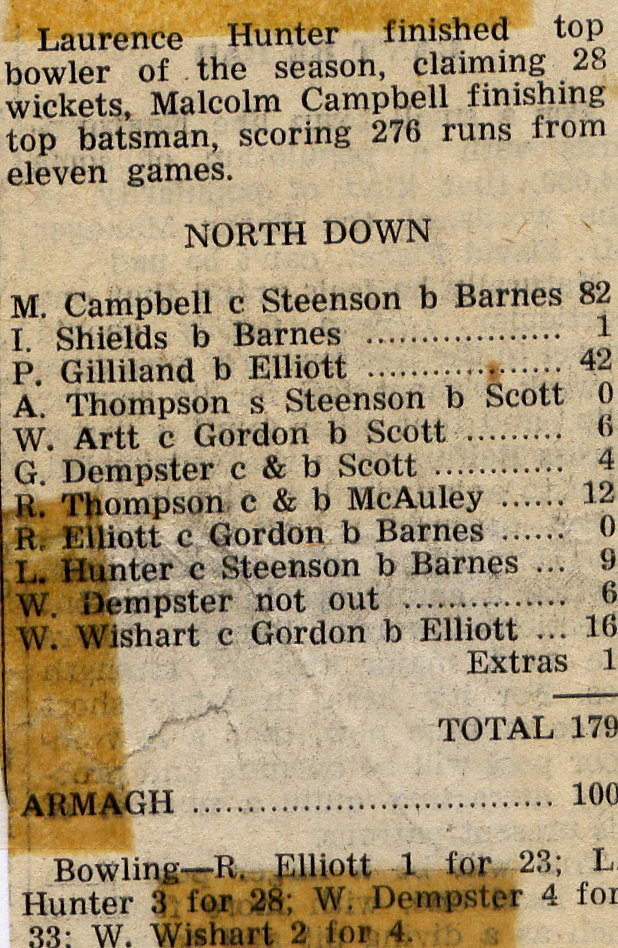 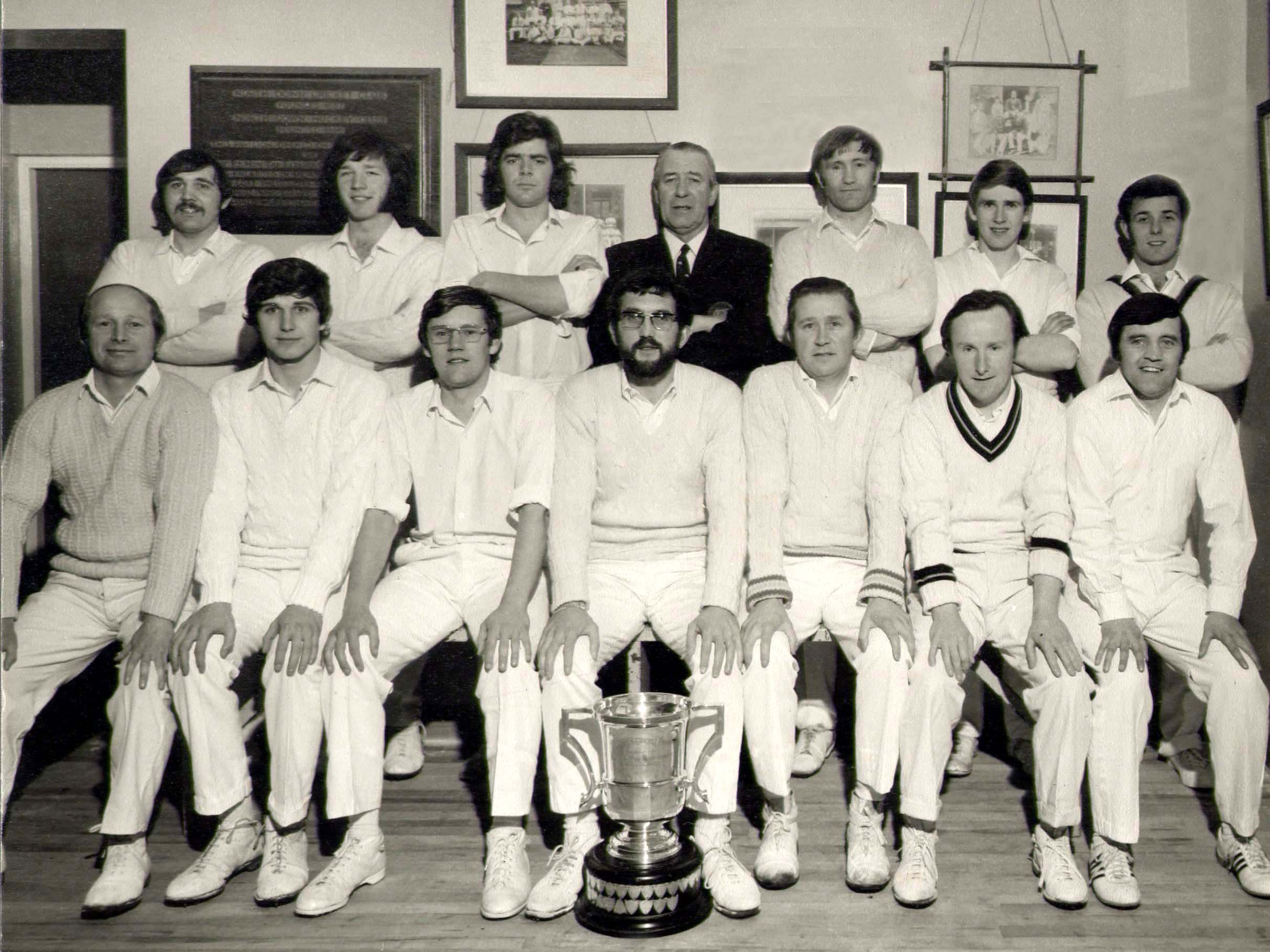 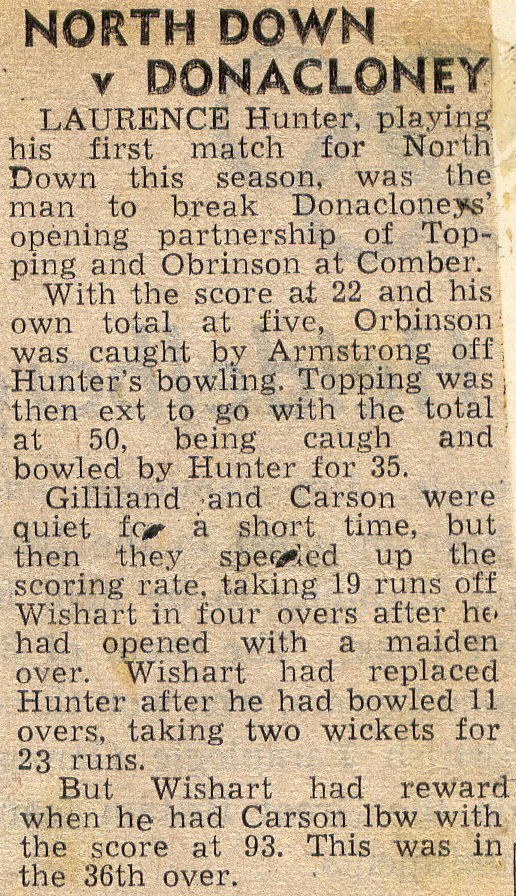 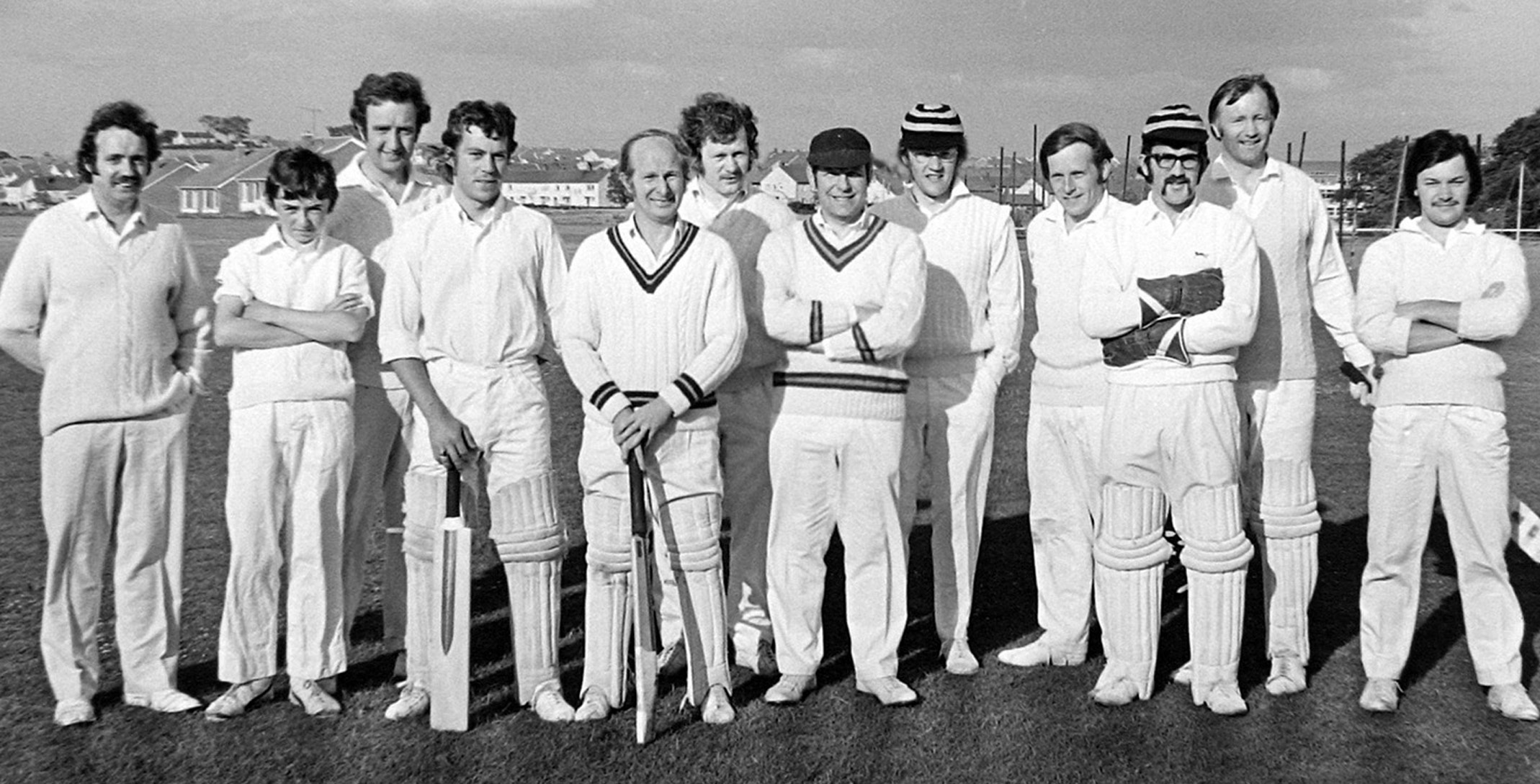 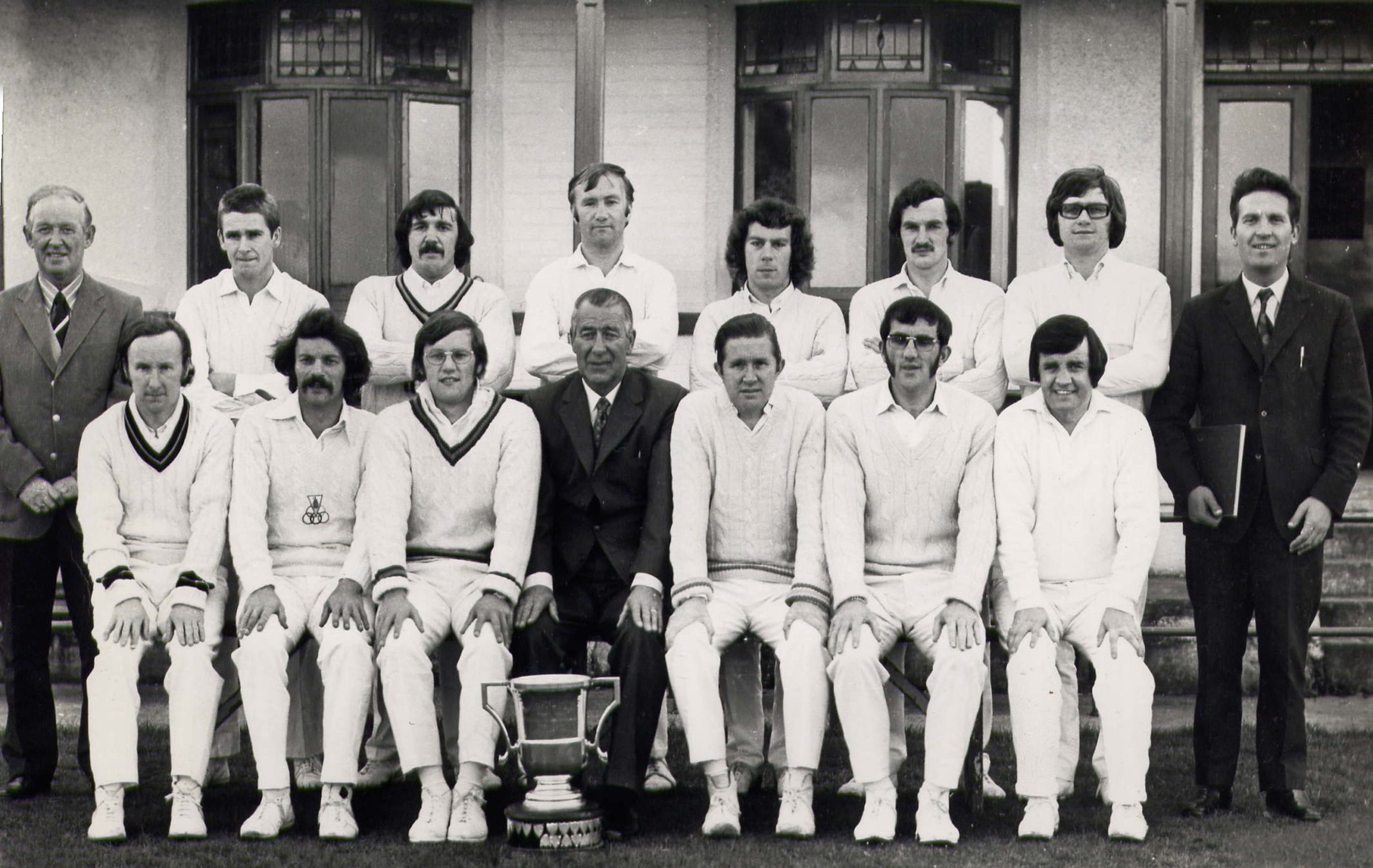 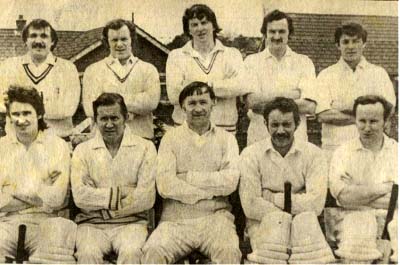 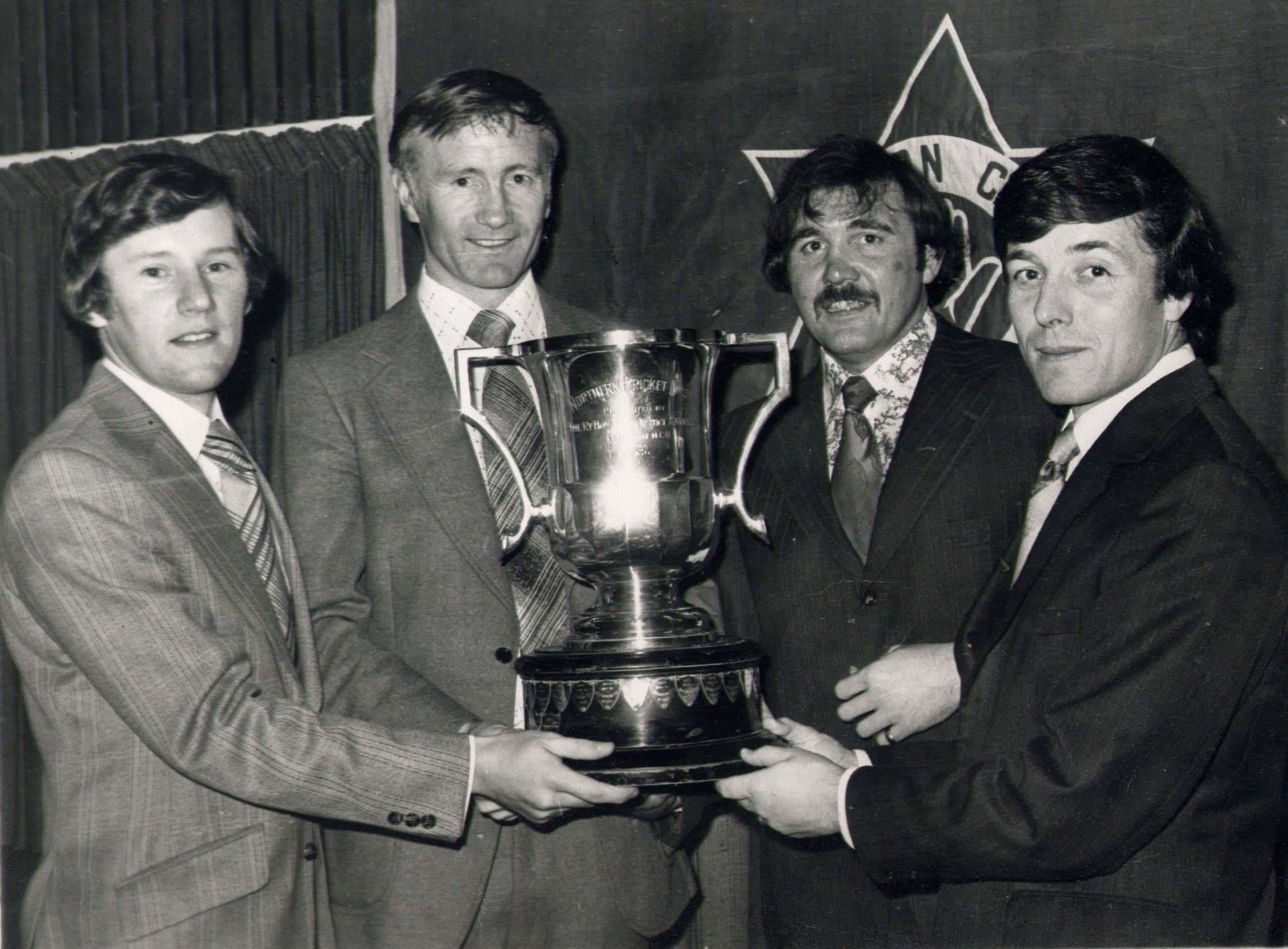 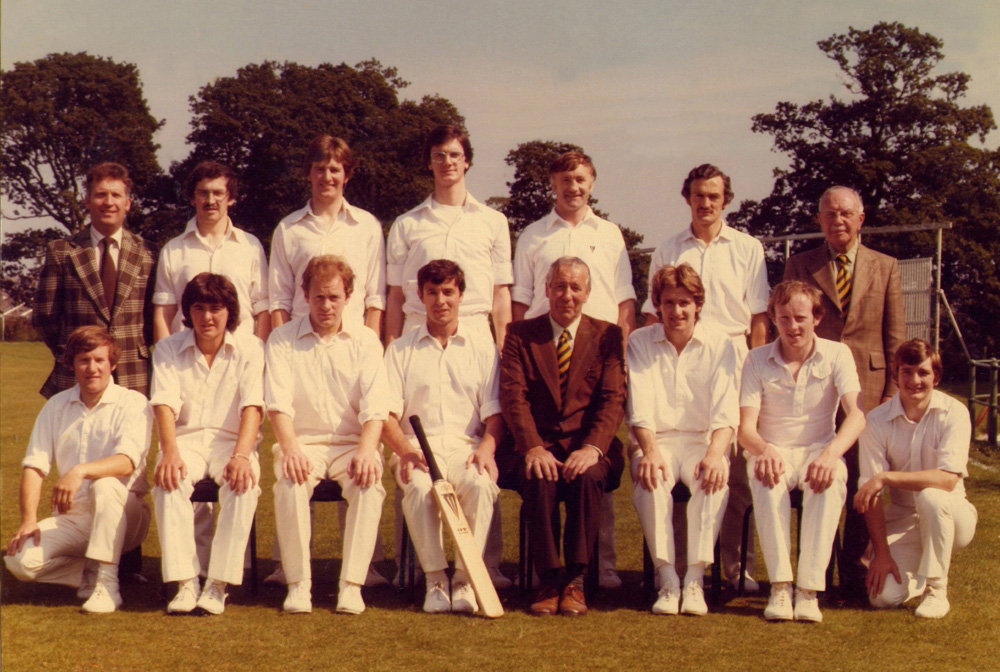