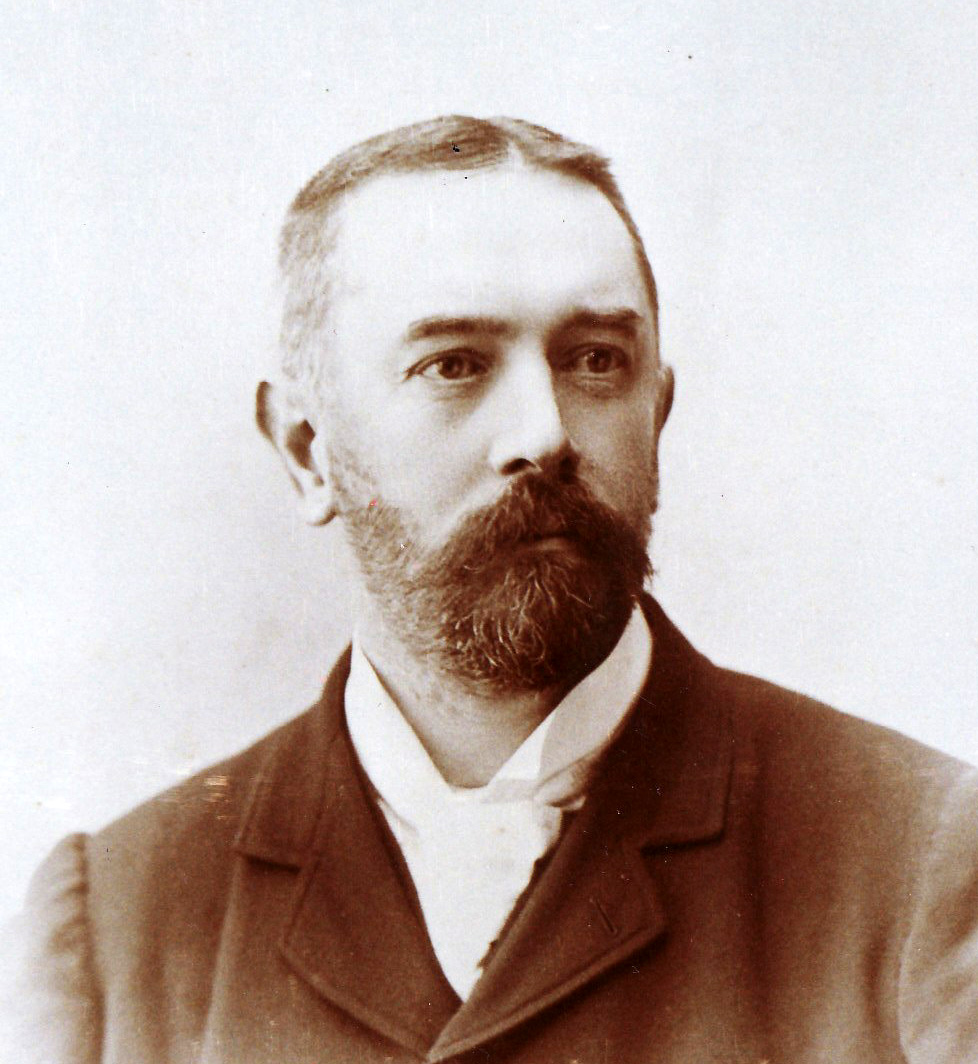 The journalist for ‘The Irish Athletic and Cycling Record’, known as ‘busy bee’, had a difficult task in finding an opportune time to interview John for the article on ‘Leaders in Sports and Pastimes’ destined for the first issue in 1897.

Committee meetings at the Belfast Mills, skating and golf thwarted earlier attempts but eventually he was tracked down and in the comfort of his smoking room and with a little something from the cabinet talked at ease about his sporting and leisure interests.

Born in 1849, a son of Isaac Andrews, he was educated at the Royal Academical Institution and afterwards spent three years at Queen’s College, where engineering and arts’ classes mainly engaged his attention. At the end of 1868 he went to Liverpool to learn the business of flour milling at the North Shore Mills and from apprentice rose to become manager. In 1876 he returned to Comber to manage his father’s business, and take over the captaincy of North Down, a position he occupied with great success for 24 years. With brother Thomas James, the owner of ‘The Green’, John was the instigator of the changes in the facilities, ensuring the levelling of the surface and the erection of a spacious wooden pavilion and was of the opinion that many of the country clubs were thwarted in their development because of the difficulties in raising the essential capital.

John was appointed convener of the NCU group that raised the funds for the purchase of the magnificent Senior Challenge Cup in 1887, but was very concerned that the cup matches would ‘affect the good feeling which should prevail amongst cricketers’. His attitude towards the competitive nature of the competition still persisted, even though ten years later his North Down club had dominated with seven wins in the first ten years.

The league matches, inaugurated by the NCU in 1896, won John’s approval in that the winning team was worthy of praise as the best team in the competition and in that year his club shared the honours with Cliftonville.

However he still longed for ‘the good old days’ when he thought there was more excitement and he quoted the annual fixture against Lord Masserene’s XI when North Down played against ‘the cream of the North’ and won.

He played on the old North of Ireland ground where the Gas Works used to stand and remembered the visit of an all England XI playing in the 1860s against North of Ireland at the Botanic Gardens.

He was aware of the weaknesses, particularly in batting, in the game played in the North of Ireland compared to Dublin and England and laid the blame on the lack of good net practice where’ slogging’ dominated instead of building a sound defence.

He was a great advocate of slow bowling and deplored the fact that so many young players were concentrating on speed. He referred to the very slow bowling of Mr WT Graham, who topped the North Down bowling averages, as an example young players should follow.

John, like his great nephew William after him, was a great believer in developing touring sides to go to England and Scotland and vice versa and captained the North of Ireland team in Scotland playing in Edinburgh, Glasgow and Greenock.

John Andrews loved the game and was a believer in its future. 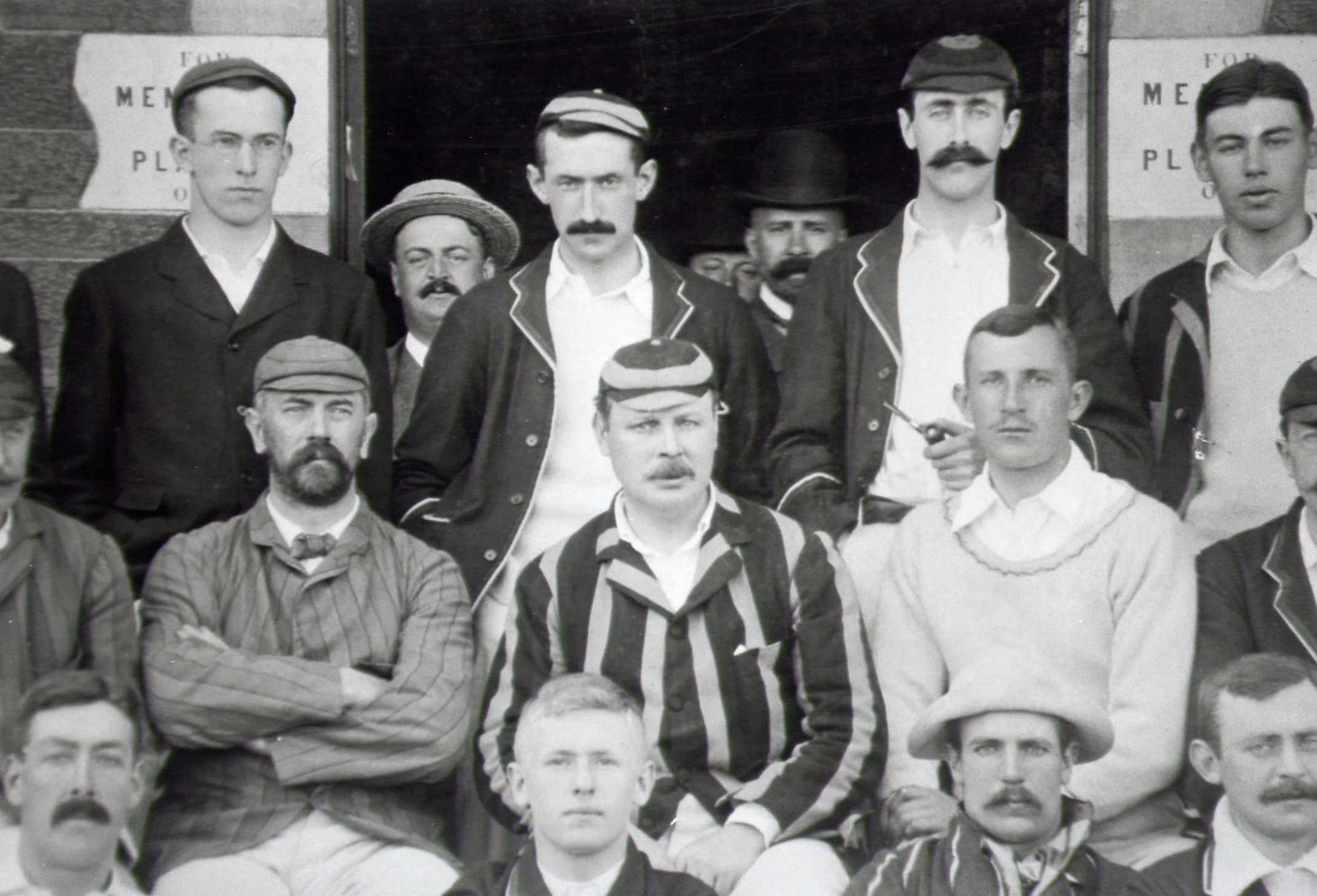 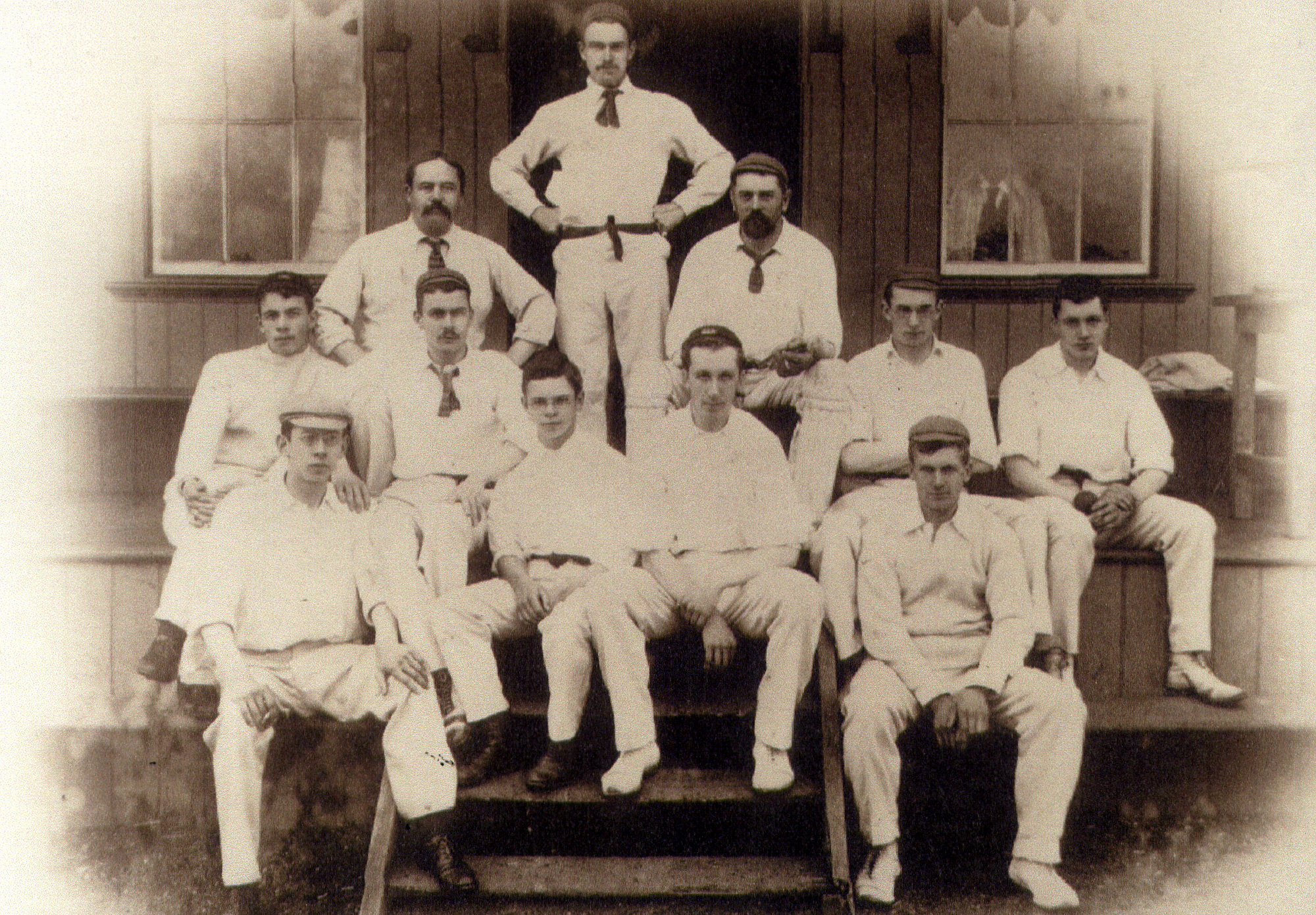 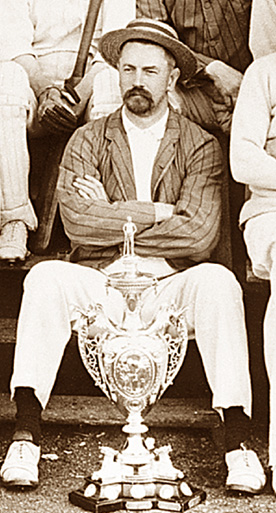 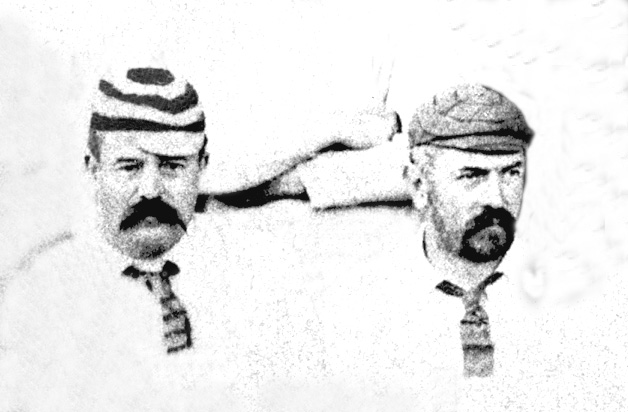 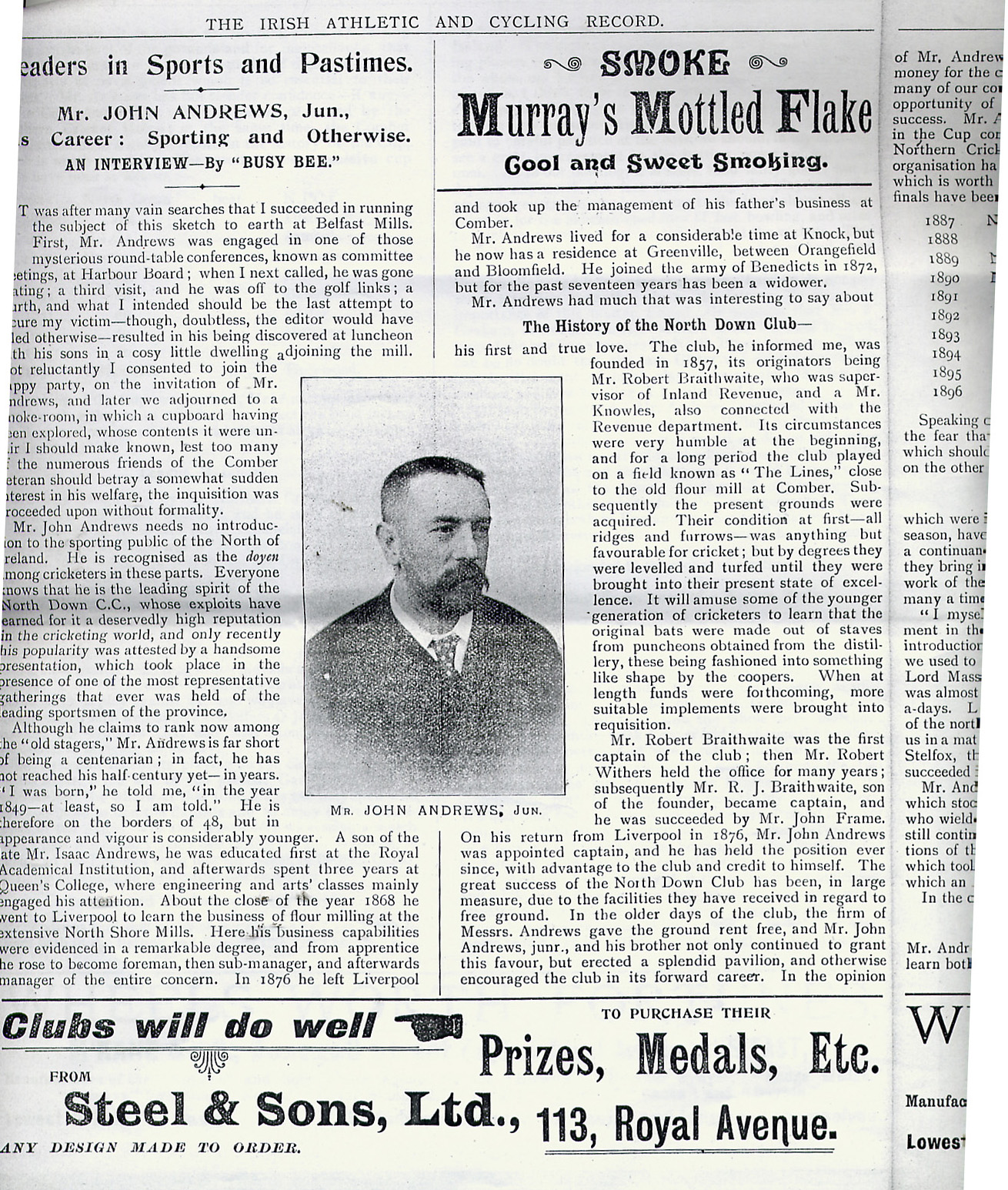